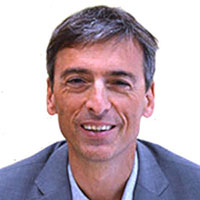 With extensive research and advisory experience from a number of roles in both academia and industry, Paolo has made significant and innovative contributions to the fields of autoimmune diabetes, islet transplantation and diabetic nephropathy. After studying transplantation immunology for six years at the San Raffaele Scientific Institute, Paolo joined Boston Children’s Hospital as a research fellow and became an Assistant Professor of Nephrology at Boston Children’s/Harvard Medical School. He was recently nominated Associate Professor in Endocrinology at the University of Milan, and currently acts as Chief of Endocrinology at Fatebenefratelli-Sacco-Melloni Hospitals.

Paolo obtained a medical degree from the University of Milan in 2004. He continued his training through a combined Internal Medicine/PhD program in Immunology at Parma University.