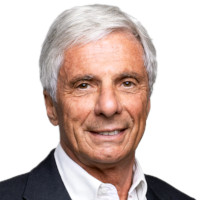 Silvano is a co-Founder of Enthera, Venture Partner at Sofinnova Partners and Founder and Chairman of BiovelocITA, the first Italian biotech accelerator.

Prior to this, Silvano founded EOS S.p.A. (Ethical Oncology Science) in 2006 and acted as Chairman and CEO until the company was acquired by Clovis Oncology in 2013 for US$470 million. He also co-founded and acted as CEO of Novuspharma, the IPO of which collected more than €160 million in the Italian Nuovo Mercato in 2000 before Cell Therapeutics acquired the company in 2003. Silvano also previously held the position of Head of R&D at Boehringer Mannheim Italia.

Silvano holds a degree in Organic Chemistry from the University of Pisa.